This is about my appreciation of the work of others much more than it is about my own practice (though of course the former can sometimes influence the latter; I’ll come back to this). It’s a thought, or a theory, that’s been percolating in my head for a while and now needs to be articulated so that I can stop thinking about it so much and move on.

It’s about what makes a photograph interesting*

* Ironically, ‘interesting’ is possibly the most boring word I could use here; I mean a photograph that attracts my attention, that elicits some kind of reaction or emotion, that deserves a second look, that makes me stop and wonder what it is I like about it, that lingers in my memory. I almost went with the adjective ‘remarkable’, but that seemed to imply something more overtly striking or self-announcing, when many of the images I’m drawn to are much more subtle in their power… so I’m going to damn them all with the faint praise of the umbrella term ‘interesting’.

I increasingly think that there is a significant and enlightening distinction between:

That’s not to say that a photograph can’t be both, or indeed neither. I am however discerning more clearly what I am drawn to in a photograph and the categorisation is increasingly making sense to me, and shaping my appreciation of photography as an art form.

Before explaining my thinking, here are two sets of examples of first interesting photographs and then interesting things, photographed.

from Architecture of Density, 2009 (installation view) by Michael Wolf

from The Last Road of the Immortal Woman, 2016 (installation view) by David Fathi 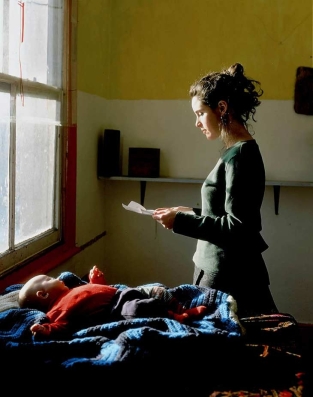 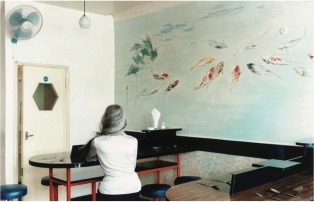 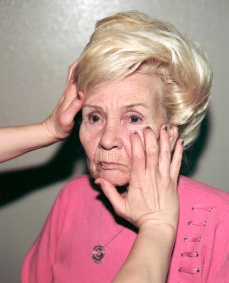 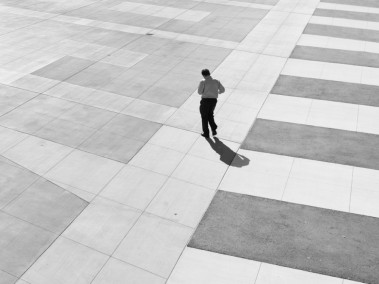 Some of these are obviously manipulated – to add visual interest or to bring out elements  that support the photographer’s intent, maybe – but others are simply photographs of quite everyday subject matter that has been captured in a distinctive way.

The last shot above (Alec Soth’s Facebook, Menlo Park, California) is literally a photo of a man crossing a courtyard, yet it’s one of my favourite photographs of recent years. I managed to get a 1000-word essay out of that one.

from Looking for Lenin, 2014 by Niels Ackerman & Sebastien Gobert

Assassination in Turkey, 2017 by Burhan Özbilici 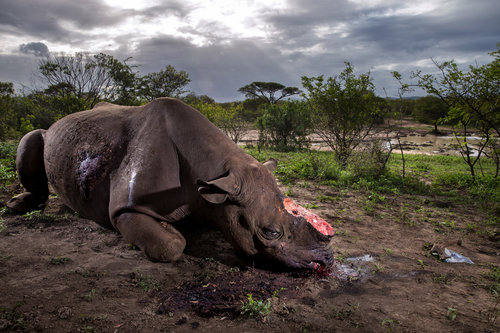 from Rhino Wars, 2017 by Brent Stirton

Whilst all of these are striking images, I’d suggest that the main factor in that is the subject matter itself, more than they way in which the particular photographer had captured it. If one was standing in front of the subject in real life, or if one had seen a photograph taken by a different photographer standing in a slightly different position, the effect would still be striking. The same cannot be said of the first category, where the photographer has captured something that could otherwise have been unremarkable and turned it into something visually compelling.

What led me to this way of looking

My thought process was triggered by two things: a recent piece of academic reading that in turn reminded me of a practical observation from some months ago.

The critical theory extract was from Richard Howell’s essay Photography in the compendium Visual Culture (2011), where he examines Roger Scruton’s objection to treating photography as an art form:

“What impresses us, though (it might be argued), is its subject-matter – a subject-matter that would have been impressive in its own right if only we had been there to witness it. The photograph does not create the drama; it just reports it. That cannot be art.” (Howells 2011: 191)

Whilst I fundamentally disagree with Scruton’s refusal to accept the artistry of photography, his insistence on prioritising the inherent attraction of the subject matter did at least make me consider his viewpoint. It made me wonder when looking at a photograph: would this be equally interesting if I was seeing it in person, or is it the way the photographer has captured it that is the key to its attraction?

The practical observation was from the Arles photography festival, where I found myself dividing the photographs the made an impression on me into two piles: either the subject matter was interesting enough to draw my gaze, or the visual qualities of the photo-object itself was the pull (again, they are not mutually exclusive but they are separately discernible).

The exhibition that specifically made the lightbulb ping over my head was Carlos Ayesta & Guillaume Bression‘s Retracing Our Steps: Fukushima Exclusion Zone, 2011–2016, an aftermath photography project looking at abandoned locations around the site of the 2011 nuclear power plant disaster. My initial reaction to many of the photos was that it was the subject matter that was inherently interesting, and that – playing devil’s advocate – any half-decent photographer could come back from Fukushima with series of striking photographs. So most of these images fell only into category 2.

Seeing this photograph that met both criteria actually helped to crystallise my theory that the two criteria were separately identifiable: this image was the exception to the norm.

I’m no fan of binary oversimplification, preferring to understand things as more nuanced, and so consider a discussion like this to best be depicted as two ends of a continuum, where a piece of work can be closer to one end than the other. With that disclaimer in mind, I tend to think that:

And of course, some of the very best, most memorable, most remarkable photographs (a subjective thing, obviously) combine both criteria brilliantly.

By the way, I’m not trying to diminish the skills and works of documentary photographers by any means: they do very important, often dangerous, work to tell stories that the world should see. Often they do so with a compelling authorial eye, distinctive shooting decisions and great selection discernment.

However, in applying this notion to my own practice (I knew I’d get there in the end), I find myself wishing to produce photographs that are closer to the first category. I wish to make photographs that are visually interesting, even if the subject matter is, in and of itself, quite ordinary. That just appeals me to more as a greater creative challenge.