I confess that I’ve been working on the current assignment on and off without really paying much attention to the course notes since skim-reading them at the start of the course. I decided that this was OK as the whole concept I am working with for Assignment 3 is kind of based on ‘chance’, the subject of this section of the course handbook. However, I am sufficiently conscientious :-) to have now worked through the notes to make sure that I haven’t missed anything particularly pertinent to my own practice.

The ‘chance’ section discusses four ways in which a photographer can incorporate an element of chance into their practice. I will briefly cover each of them here:

I’m quite familiar with street photography, having both studied it and practiced it over the last few years. For a while it was my favourite genre of photography: in particular I loved the combination of humour and coincidence – where a visual juxtaposition served as a kind of punchline. 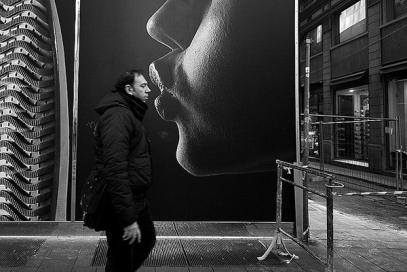 Let Me Kiss You Now, 2010 by Donato Buccella

The course notes, however, inexplicably feature the 2008 exhibition Street & Studio, a collection that I personally found to be a particularly atypical of the genre, focusing as it does on the interface between posed studio work and urban photography. Most of the street-shot images in Street & Studio were posed, which isn’t really in the tradition of street photography as most people would define it. There are lots of better examples of what I would consider to be ‘coincidental’ street photography. Hey-ho.

I eventually cooled on the idea of pursuing street photography much myself; partly because I think it requires a lot of patience and a more vibrant community than my own (sleepy North Yorkshire market town), partly because I think about the ethical considerations of taking photographs of others (often for comedic effect) without their consent, and partly because I just think there are more interesting things to do with photography, artistically speaking, than just taking pictures of what’s happening on the streets. One particular feature of street photography is that it traditionally works best with single images rather than series; it’s generally got more breadth than depth, if that makes sense. There are exceptions, but it can often come across as quite shallow, more surface than substance.

Relating it to my own practice: technically, all my current work in progress is ‘street’ photography, in as much as I am taking photographs in public. However, my current work contains no people, or scenes, or events, or situations: they are virtually unplanned still life compositions (yes, I know that’s an oxymoron). So I can’t really claim that the work belongs in the street photography tradition.

The idea of leaving a key part of your practice – such as who, what or where you photograph – is certainly potentially intriguing. However, the end result should ideally still stand up as art in its own right.

An interesting question can arise: do the resulting photographs form the artwork, or it more of a piece of performance art that has some photographic record?

For me, Sophie Calle’s Suite Vénitienne (1980) and The Hotel (1981) fall into this category. The construct and the process represent the (performative) art, and the resulting photographs recorded that art. The course notes asks a particular question about the ethics of these works: for what it’s worth, I found them to be ethically indefensible.

I initially felt that Gillian Wearing’s Signs That Say What You Want Them to Say and Not Signs That Say What Someone Else Wants You to Say (1992–93) also fell into this category of ‘performance art, photographed’ rather than photographic art – but I’ve revised that opinion. The difference is, I think, that the end results stand up as interesting photographs in their own right: between the title and the images one can infer the premise pretty easily. You don’t need to artist’s statement to make sense of it, as I believe you do with the Calle work. 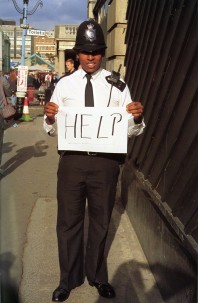 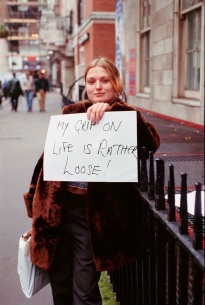 My Grip on Life is Rather Loose, 1993 by Gillian Wearing 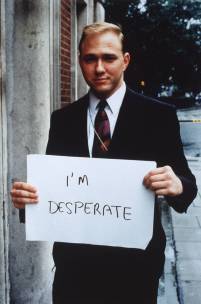 In both of these cases the element of chance does have limits: the photographer gets to choose which images to display (plus Wearing chose who to ask). There’s fundamentally still an element of selection or curation. This doesn’t seem to have been the case with the Chris Coekin series The Hitcher (2007) where he committed to shoot a portrait of whoever picked him up. The downside to this approach is that some of the portraits are, frankly, less interesting than others. Maybe selection has a purpose.

With regard to my current work I suppose the notion of the ‘chance encounter’ only really goes as far as me chancing upon the subject matter in public. I don’t set myself arbitrary limitations or rules on what to do with or following each photograph. Maybe I need to remain in control? But then I think most practitioners do; it’s a minority of artists who put key artistic decisions in the hands of others.

With all of these kinds of ‘chance’, there’s an element of selection and curation that needs to be taken into consideration. With found photography, curation comes to the fore. I’m less convinced that found photography is as much about ‘chance’ as the other three categories being examined here.

With found photography the artist is literally ‘taking’ photographs from an available set in order to recontextualise, find new levels of meaning; but in a sense it’s just a constrained version of ‘real’ photography, where the artist chooses what images to make from the (admittedly wider) available options. So the element of chance is simply down to the limitations of the archive the artist has access to.

A lot of found photography bodies of work such as Joachim Schmid’s Other People’s Photographs (2008–11) are somewhat meta, in that they are about how photography is used. Schmid is a kind of cultural collector, noting what people take photos of, how similar photographs become, how trends come and go and so on. 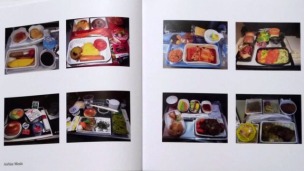 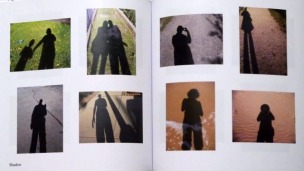 Others take a more creative approach, such as John Stezaker who cuts up and collages vintage photographs to make new artworks, breathing new life into forgotten images. 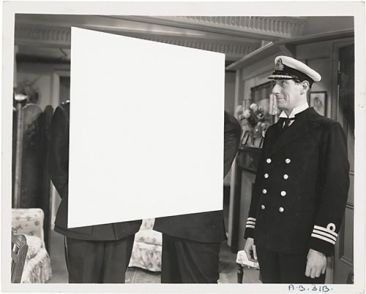 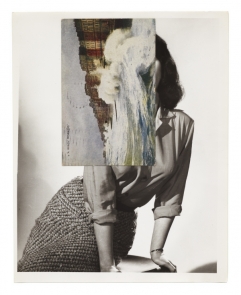 This is for me a much more interesting use of found photography than the typological approach of Schmid.

Once again I find the examples given to be somewhat bewildering. Paul Graham’s American Night series (2003) does clearly belong in the accident category as he has explained the origin of the first overexposed image and the subsequent meaning he read into it.

However, the Broomberg & Chanarin work The Day Nobody Died (2008) is, according to the artists, anything but an accident – it’s a purposefully-conceived piece of conceptual art. The end result may look like an accident but that effect is entirely deliberate. Similarly, David Bate’s Bungled Memories (2008) is about accidents, not a result of them. The whole notions are quite different, and the course notes mix them together in a potentially very confusing manner.

I’ve been thinking about my own practice to determine whether this is something that I have ever incorporated into my work. Whilst I have knowingly faked accidents, I could only find one example where a ‘fortunate accident’ improved a photograph of mine, and it was a one-off; I didn’t extend the approach to any other works.

In this case it was a double-printing error. I loved the effect but partly because it was an accident. The idea of deliberately trying to recreate the technique on other images just didn’t appeal to me – the serendipitous aura of accident would have been lost.

The course handbook closes this section with a few questions for the student to consider at this stage, and I found it really useful to think about them so will give my responses here.